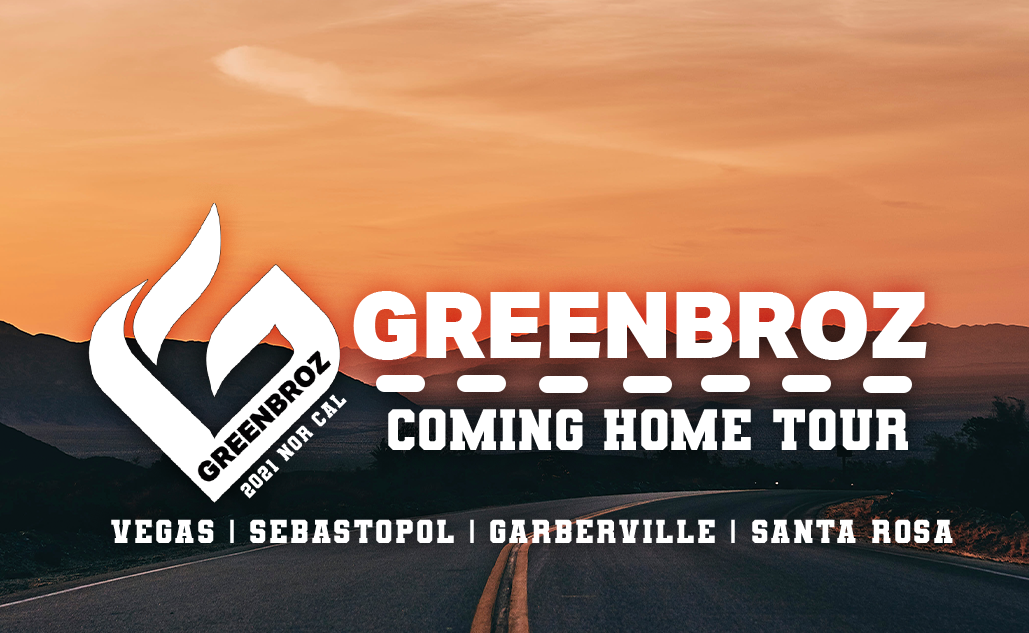 Later this week, myself and other members of Team GreenBroz will be hitting the road on a whirlwind tour to visit friends and farms in Northern California. The RV is fueled up, and camera equipment and trimming machines are packed.

Long before GreenBroz started selling machines throughout The Emerald Triangle, many of us called this beautiful region of the country home. With that, we have dubbed our adventure the "GreenBroz Coming Home Tour." For several of us making the pilgrimage, this is a trip home to see longtime cannabis community friends and family. Our deep connection to The Triangle is one of the things we feel makes us truly Industry Born.

Before we take off on our journey up north, I wanted to talk a little bit about the history of The Triangle and the reasons it means so much to me personally-- and the entire cannabis industry. Because this is one of the most sacred places associated with what we consider the modern-day craft, and culture for the cannabis industry.

Before the dotcom movement of the 90s and disruptive startups of the 2000s, San Francisco was recognized for its open support and acceptance of cultural movements. Rather this be the counterculture migration of 100,000 flower children to the Summer of Love in 1967, or the open support of the alternative lifestyle liberation movement of the seventies. So what happened to the beatniks and hippies that called San Francisco home after the sixties? That's where most say the famed Emerald Triangle really evolved into the marijuana mecca of today.

The Emerald Triangle is a short 1hour 45minute drive up Highway 101 from San Francisco. It consists of three counties: Mendocino, Humboldt, and Trinity. Southern Humboldt, aka SoHum, is what we consider the heart of The Triangle.

In my worldly travels, I've found Humboldt to be the most synonymous county regarding phenomenal genetics and weed, followed by Mendocino. Trinity doesn't get as much attention domestically or globally but is just as prime for producing top-shelf cultivars. Since the sixties, this region has held the title of largest producer of cannabis in the United States.

Cannabis capital aside, The Triangle is a magical place. Of course, I'm biased, but I firmly believe the most beautiful stretch of California exists between Bodega Bay and the Oregon border. Memories of summers in Mendocino take me back to simpler times with some of the most genuine, sincere people I've ever met. This area of the country is a must-see, especially if you're a cannoisseur like me.

Many claim The Triangle, as we grew up calling it, really got its start around the Summer of Love. While that event took place primarily in the Haight-Ashbury neighborhood of San Francisco, it sparked the 'back-to-the-land' movement that had already been gaining momentum in Southern California for several decades leading up to '67. Google "Nature Boys" for more insight on that. Many of the hippies came to California and opted not to leave. Several instead bought land in Humboldt to eke out a self-sustaining lifestyle, becoming known by then locals as homesteaders. They built communities, farmed the land, raised livestock, and started families. These visionaries realized they needed more revenue to build schools, community centers, and infrastructure, so the opportunity to cultivate and sell cannabis came into play. The rest, as they say, is history.

While the movement that put The Emerald Triangle on the map has evolved somewhat, the fact that some of the world's best cultivars of cannabis still come out of this region is undisputed. The three counties that make up The Triangle fall into the 3% total global landmass with a Mediterranean climate. Cannabis plants like this climate—a lot. In my travels, I have never seen plants as big as back home in NorCal. Literally, you can find plants as tall as 15-feet on The Hill.

The Future for The Emerald Triangle

The second and third-generation cannabis growers are carrying on the traditions of their families. But it's not all drum circles and free love these days. Some of the best legacy growers are facing new challenges in the modern legal market. While most reflect on the later years of Prop 215 as the heydays (1996-2016), the game changed with the Adult Use passing via Prop 64 in 2016. This really signified an end to the 'Wild West' days. More growers and exuberant taxes resulted in less margin. And compared to popular belief, existing growers prior to even Prop 215 in 1996 weren't excessively rolling in the dough. A lot of time, energy, and labor goes into producing top-shelf flower. These new issues were only compounded with the introduction of large-scale growers throughout more accessible areas of California. As I write this, we have seen the price per pound of outdoor drop as low as $600-800. That's a far cry from the $4,000-6000 average price per pound fetched in the 90's.

Many industry leaders, including myself, forecast a micro/macro market shift soon. The goal for most friends owning boutique or cottage-style grows is to hang in there until federal legalization. At that point, the sky's the limit for top-shelf producers in The Emerald Triangle appellation regions because those who value quality over quantity will be all about the best for their consumption preference. The scenario can easily be compared to another cash crop found on the southern side of The Triangle, wine. Some of the finest wines in California come out of Mendocino County. And like fine wine, those that grow only the finest flower will succeed. And chances are many of the world's best producers will continue to call The Emerald Triangle home.

How to Cure Cannabis

Both drying and curing cannabis help remove excess moisture from the buds, which is vital to the...

Many commercial cannabis growers prefer dry trimming machines when it comes to harvesting their...

Putting high-quality products on the shelves in today’s competitive market can be a challenge, but...